The record should detail the incident, the child concerned, the action taken and a copy, which shall be treated with the utmost care, should be sent to the BJC Head Office marked ‘Confidential’, ‘For the attention of A Shaw’.

For any Club Welfare or Safeguarding enquiries please contact welfare∂alexandraparkjudoclub.co.uk 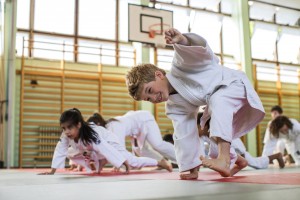 Massive effort and a well earned🥉 for Mojo (-10

Open Mat #1… done. Hard but fun session and a